How can we help you?
Home News La Gaceta de Salamanca newspaper publishes a report on the selection of DIGIS3 as EDIH

Promoted by the EU, Salamanca will lead the digitisation of companies in the region. This is how the headline of the news article published in the La Gaceta newspaper highlights the European Commission’s selection of DIGIS3 as one of the twelve Spanish proposals to be a candidate for EDIH, the Digital Innovation Centre.

The European Commission has selected the DIGIS3 public-private partnership, led by the AIR Institute of Salamanca, to promote the digitisation of the business network of Castilla y León. It will receive funding of €3,447,000 over the next three years, of which €1.5 million will come from European funds.

Juan Manuel Corchado, as president of the AIR Institute -coordinator of the consortium-, has highlighted that the development of this project means “being at the forefront of very critical issue at the European Union level". Moreover, he stated that "this project will boost the regional economy, it will bring many resources to companies associated with the Digital Innovation Hub".

The president of the AIR Institute also stated that "the consortium has the objective, working with 100 companies in the first year, 150 companies in the second year and more than 400 in the third year". He also stressed that "we are going to be one of the twelve autonomous communities that will have this tool to facilitate the arrival of more money in Castilla y León".

In the following image, the news piece published in La Gaceta can be seen. 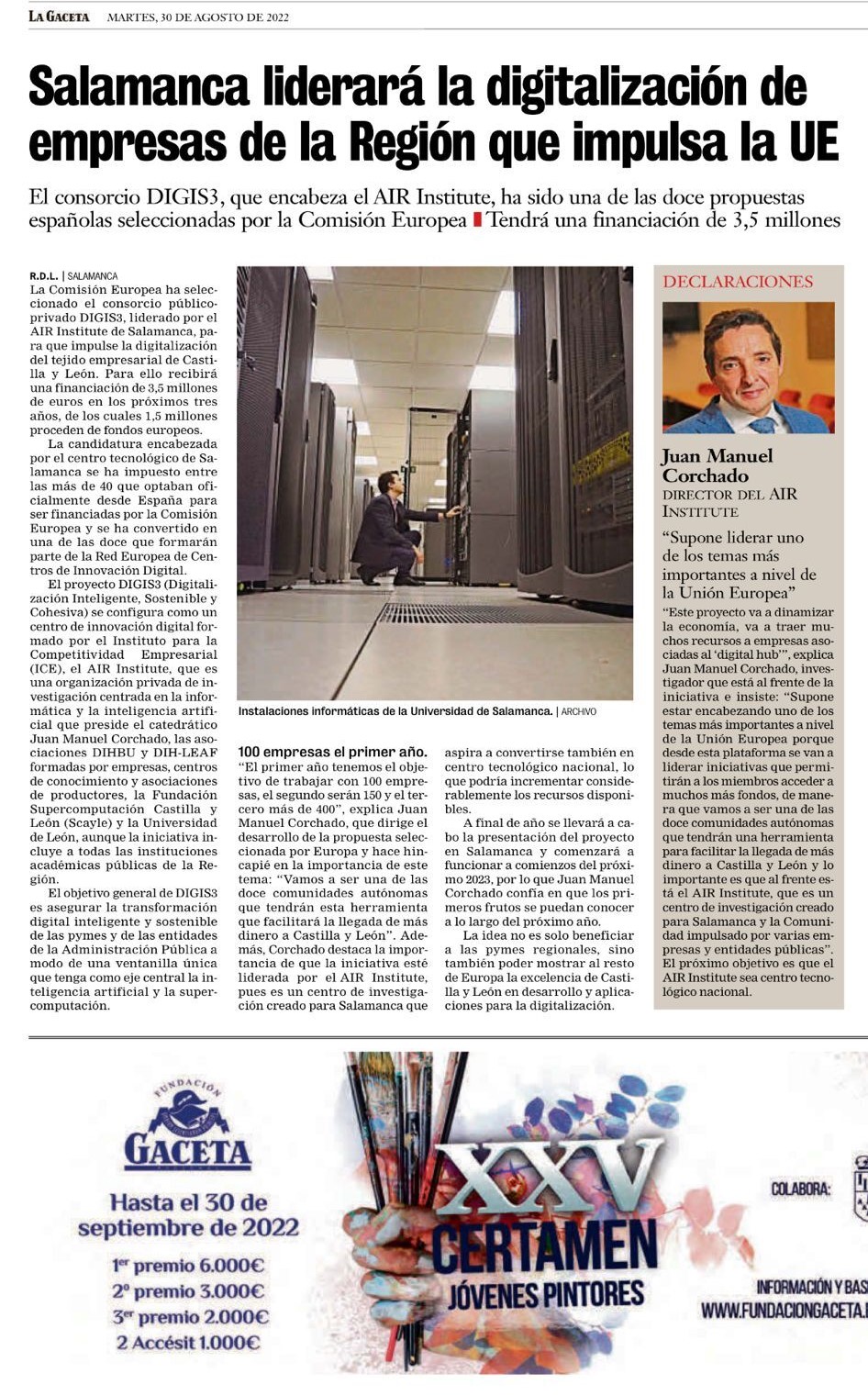